On Wednesday 6th November we hosted our annual charity quiz to raise money for our Wimbledon office’s charity of the year, Polka Theatre. For the second year running the quiz took place at The Royal Wimbledon Golf Club and the theme for the quiz was ‘Back to School’.

Eight teams were treated to a trip down memory lane where they were tested to see if they really are smarter than a 10-year-old! This year quiz master Dave Humphrey created rounds based on the school curriculum with both the Maths and English rounds being lifted from current Key Stage Three exam papers. 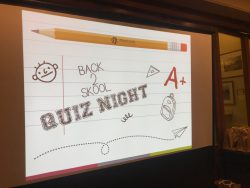 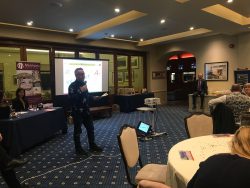 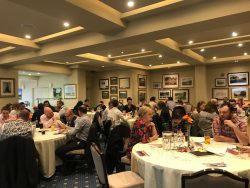 Our Managing Partner Paul Harvey opened the evening’s proceedings with a short introduction to the quiz and some words about Morrisons and Polka. Sarah Ruff, Head of Development at Polka Theatre, then took the floor to explain more about the vital work they are doing for the local community and shared updates about the theatre since it’s closure and renovation. Before showing a short clip they spoke about their launch of ‘Polka40’; a programme of work celebrating their past and looking forward to their future, including ‘PROPerty of Polka’; a performance project aimed at primary schools across Merton.

Just before the winners of the quiz were announced we held our annual raffle, which was even bigger this year with prizes generously donated by: Elys, Sticks and Sushi, 601 Queen’s Road, The Alexandra, Touro Steakhouses, Wahaca, Five Guys, Wagamama, Garratt and Gauge, New Wimbledon Theatre, WSM, MFS Financial Advisors, Harcourt Chambers and Polka Theatre. Thank you to everyone who donated and congratulations to everyone who won a prize! 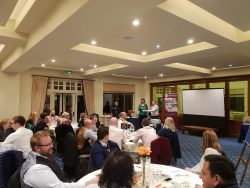 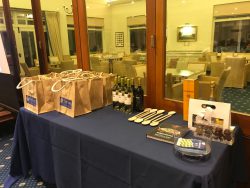 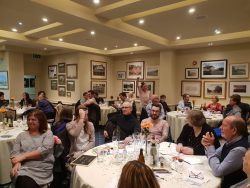 Finally, Wimbledon Super Marvels were announced as the winners of the evening, taking first place with a total of 86 points. Menzies Behaving Badly narrowly took second place over Harcourt Chamber who were tied at 84 points. The tie was decided by the team who provided the closest answer to the question: ‘In kilometres, how far away is the moon?’. Congratulations to all our winners.

Thank you again to all of the teams who participated in this year’s quiz you helped us to raise a fantastic £1,200 for Polka Theatre and congratulations again to Wimbledon Super Marvels (WSM) for winning. The feedback on the night was brilliant and we hope that everyone enjoyed going to back to school and had an enjoyable evening! 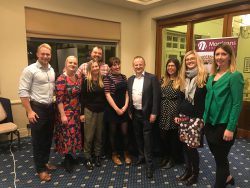 Teddington Wimbledon Not for profit and Charity