We are still the same team of solicitors, but from  January 2022 we have a new name…Morr & Co LLP.

For almost 300 years, Morrisons Solicitors has been growing and adapting. Most recently we acquired the practices of Harrops & Hepburn in Oxted (2018) and Wheelers Solicitors in Surrey/Hampshire (2019), which has enhanced the range of services we provide to our clients, and also our geographical reach. Since those mergers we have been operating as three different brands across the region, but internally the picture is now very different, and we have been fully integrated and united as one firm for some time.

To reflect this, Morrisons Solicitors have chosen to bring the group together under one, new and modern brand - Morr & Co LLP.

It’s not the first time Morrisons Solicitors have changed our name. The firm has operated under a variety of names since its foundation in 1729. With the company’s 300th anniversary approaching, we are taking the opportunity to modernise once again, while retaining that unbreakable link to our origin and heritage.

We have changed our name to reflect our evolution. Morrisons Solicitors has been known affectionately as Morr Law for many years, so the new name represents that familiarity and respects our history. In addition to this, the “&Co” recognises the company of talented individuals across our business and the regions we serve. Whatever role we each play within the firm, we are one team, united by shared values. In order to deliver an amazing service to our clients, the company we keep is important to us; so much so it’s now part of our name.

Morrisons Solicitors, now Morr & Co, can trace their routes back to 1729 when Michael Barnes bought 46 High Street in Reigate and established a firm of solicitors. It quickly became regarded as the most eminent firm in town. The premises are now home to the Island House restaurant.

It wasn’t until 1812 when George Morrison joined the firm, that ‘Morrison’ appeared in the company name. Since then, there were various name changes, all centred around the Morrison name, before it changed to Morrisons Solicitors in 1978.

Over the past 20 years in particular, Morrisons Solicitors saw enormous growth, both organically through the acquisition of talented lawyers and support staff, as well as more recently through mergers with other respected law firms.

At the end of 2018 Morrisons Solicitors acquired Harrops & Hepburn Solicitors in Oxted and then, in 2019, Wheelers Solicitors, acquiring their offices in in Farnborough, Camberley, Fleet and Ash Vale,

With both acquired firms having such great reputations and strong brands in their respective regions, it was important at the time for us to keep their names, whilst integrating them into the Morrisons Group. However, we are no longer separate firms and in January 2022 the time came for our name to reflect the way in which we work – as one, united firm.

Now as Morr & Co, the firm has offices in Teddington, Wimbledon, Redhill,  Oxted, Farnborough, Camberley, Fleet and Ash Vale, making it one of the largest firms solicitors in Surrey, Hampshire and SW London. 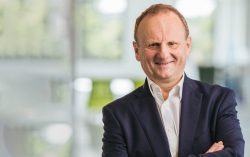